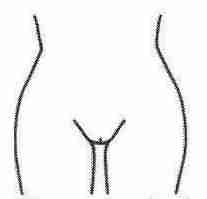 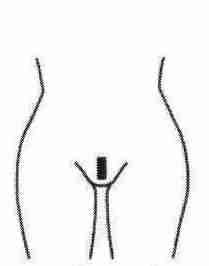 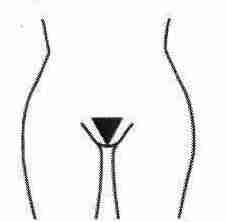 Hirsutism is excessive hair growth in women. Facial hair in women can leave you embarrassed and miserable. Sometimes hair is soft and downy but there is lots of it or hair can be thick, dark and course.  It can be a problem on the chest, lower back & buttocks as well as the face. It’s common after menopause however it can also be a problem in younger women.  This is due to an increase in production of androgens or an increased sensitivity to androgens (male sex hormones). Causes can be polycystic ovaries, medication or weight gain. This is an embarrassing problem for women and while there is no cure it can be managed in a number of ways.

Your GP should be the first port of call, rather than Google.  I’ve diagnosed myself with some terrible incurable diseases over the years. Only to be told something quite simple by the GP after weeks of worrying. I’m offering no answers on the medical front as I’m not qualified to do so. However I can offer some advice on removing the hair, if joining the circus is not an option. As I have my own wispy blonde beard to deal with I feel entitled to poke fun. Sorry if this offends anyone but you gotta laugh haven’t ya!

It’s a myth that shaving makes you hairier or makes hair thicker. It’s true however that shaved hair looks and feels thicker and courser as it grows back. We all know what stubble feels like and its because the hair has been cut sharp with a blade. A no no for hair removal especially on a woman’s face.

You cover the problem area with the cream and it breaks down the hair. After 5 or ten minutes you scrape and rinse the area. It’s got quite an unpleasant odour.  I would advise doing a small patch test somewhere inconspicuous before loading on a Santa Claus beard full of the stuff, as it can cause reactions in some people. It’s a bit better than shaving however as the regrowth is a little softer. As with shaving you’ll have visible regrowth in a day or two.

Very popular in the Eighties. Hair cells are destroyed with electrical current. This is a more permanent solution but should be done by a professional as side effects can include scarring of the skin. It will take a number of treatments before all hair is removed due to the follicles of hair being at being at different stages of growth.

A laser is used to heat the hair follicle only to damage it to the extent that it no longer produces hair. However after a number of years it can restart. It does NOT work on BLONDE or RED hair! It gives best results on people with light skin and dark hair. It’s essential you do your homework and find someone well trained in aesthetics as well as being insured. Look up the reviews online. Any treatment like this must be done by a professional. The most common side effects are acne and skin discoloration. It can be painful but a numbing cream is useful. Laser hair reduction is a fantastic treatment when done by a professional for the right candidate.

I love threading for eyebrows however I feel it’s a bit grueling for facial hair as it’s not over in a jiffy. A friend of mine went and had her chin and lip threaded. She said her eyes watered and she squealed like a piglet the whole way through. I don’t offer full facial threading because I prefer waxing for this area and hair. However it’s better than shaving or cream removal as hair is taken from the root.

What can I say it’s my first love! It’s the way I remove my own lush blonde tache and wispy whiskers. I use Hard wax instead of strip wax (you can read up on this on my website). Basically I use a gentler kinder wax to minimise redness and reactions to the skin whilst removing tough whiskers from the root. It lasts much longer than shaving, grows back softer and less noticeably. It takes about 15 minutes to do lip and chin and removes lots of hair at once meaning any discomfort is quick. A cooling gel is applied to skin after waxing to reduce discomfort and redness.